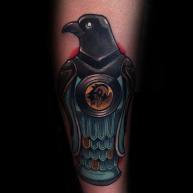 By Zhyll-Blitzkrieg,
September 12, 2019 in Contributions