Hello guys! I am new to this forums. 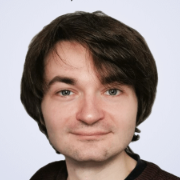 By The_GTA,
November 1, 2021 in Introduce Yourself