KUT CLAN IS BACK 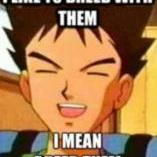