By Chikennugget1,
September 18, 2020 in Zombie Survival

Top Posters In This Topic

Hi fellow Greenies !  You may know it, but Lejorah and Lucker are working on a new version of ZS which is a continuity of the 2012 Mr Green ZS. On my side, I've been working on another projec 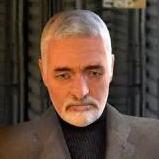